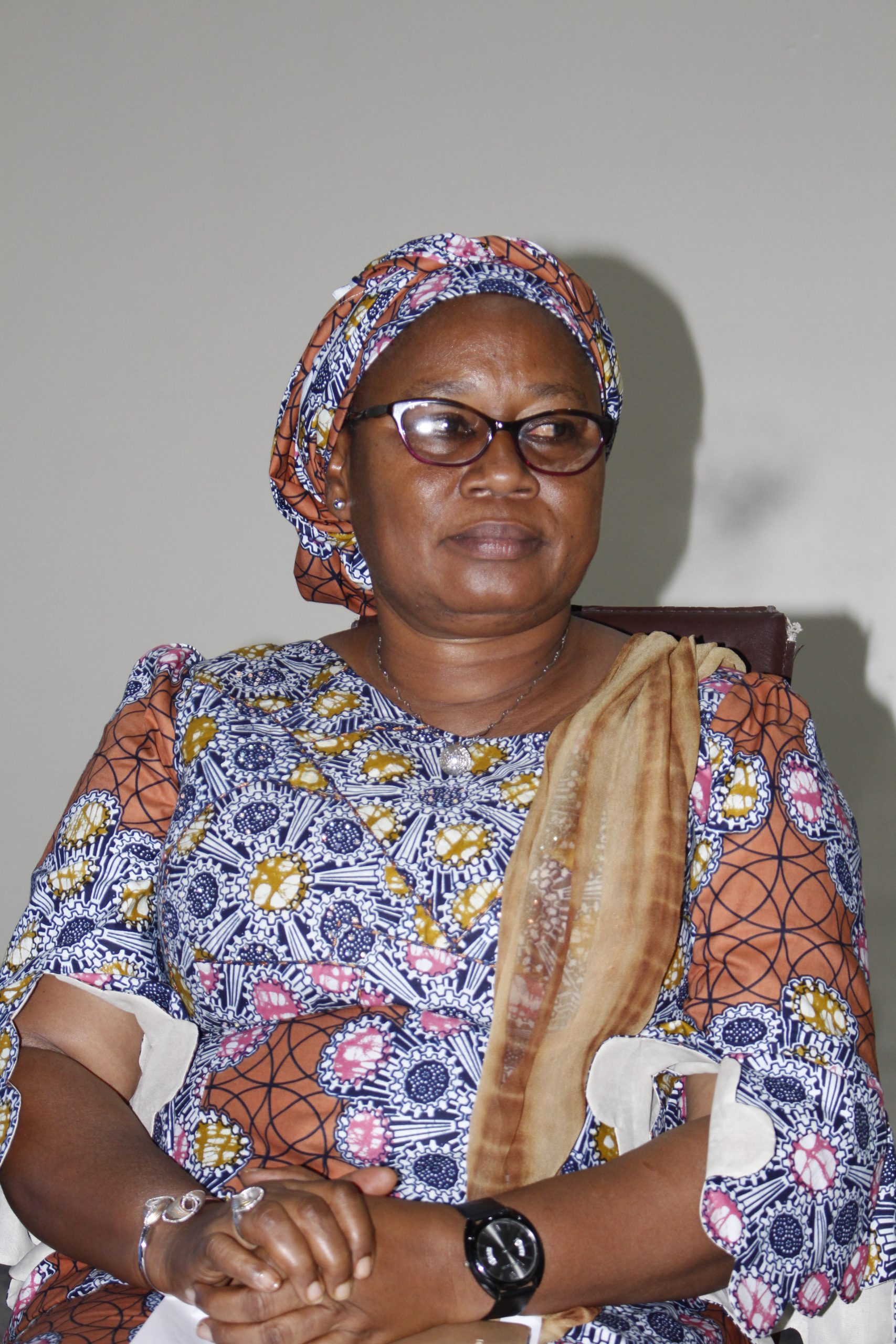 Professor Kaletapwa G. Farauta, the Vice-Chancellor, was born on the 28th November, 1965 at Numan. She hails from Numan Local Government Area of Adamawa State. Prof. Farauta is happily married and blessed with children.

Prof. Kaletapwa G. Farauta did her one year National Service at the College of Agriculture Akure, Ondo State (1990-1991), during 1991 service year she taughct Government Girls Secondary School (GGSS) Yola from May to October, 1991 from where she started teaching and research at the Federal University of Tehnology now Modibbo Adama University of Technology Yola in October, 1991 to date. She was the Executive Chairman, Adamawa State Universal Basic Education Board (ADSUBEB) from July –October, 2014.

Prof. Farauta served as the Honourable Commissioner, Adamawa State Ministry of Higher Education from 28th August, 2015 to 17th July, 2017 from where merit and excellent record of service led to her appointment as the Acting Vice-Chancellor of this great Institution by the University Visitor, His Excellency the Governor of Adamawa State, Senator Muhammad Umaru Jibrilla Bindow (Sardauna Mubi) on the 17th July, 2017. Since her assumption of office, the fortunes of the university has since assumed better dimensions and a brighter light has been seen at the end of the tunnel.

She held various academic and administrative responsibilities at the Modibbo Adama University and Technology Yola, among which are:

Prof. Farauta has rendered a lot of developmental services in various capacities and places, as she has a personal mission of adding value to humanity through hard work and sincerity. She is known for making people organizations and situations better than she found them. Some of her recorded community development services include;

Publications and Participation in Field Studies

Prof. Farauta has immensely contributed to the global body of knowledge via her numerous articles in journals, papers presented at National and International seminars and conferences. She also has chapters in books to her credit. She participated in the following field studies;

Prof. Farauta is a combination of Intelligence, Faithfulness and unalloyed commitment to assigned responsibilities and duties with excellence and precision as her goal.

Manage Cookie Consent
To provide the best experiences, we use technologies like cookies to store and/or access device information. Consenting to these technologies will allow us to process data such as browsing behavior or unique IDs on this site. Not consenting or withdrawing consent, may adversely affect certain features and functions.
Manage options Manage services Manage vendors Read more about these purposes
View preferences
{title} {title} {title}